We are back. Due to the great reactions for the Czar Of Crickets Festival last April we're gonna do it again in 2017 - this time it's gonna be called simply Czar Fest. We are proud to announce our first act, the special guest Zeal and Ardorwho will headline the Revelations Day on April 14th 2017. Zeal And Ardor is the highlight of the year and completes the Czar spirit perfectly. We are proud that this new and unique American Slave Blues Gospel Black Metal project from Basel will play its first show ever at the Czar Fest, which is gonna be the start of their Europe tour at the same time.Check them out:https://zealandardor.bandcamp.com/https://www.youtube.com/watch?v=usG7NW6a2PAOther artists are going to be announced step by step. Stay tuned..You can order tickets already now via Starticket - 1 day 25 CHF / 2 days 35 CHF:
https://www.starticket.ch/de/tickets/czar-fest-2017-20170414-2000-20170415-2200-kaserne-rossstall-12-basel

The Leaving live footage from Amplifest in Portugal

Khaldera's new fantastic EP is out now and available worldwide via various internet shops & platforms worldwide like Amazon.com, Cede.ch, Spotify, iTunes and many many more. Also you can order directly via Khaldera's Bandcamp (digital or CD) https://khaldera.bandcamp.com , our distributor Plastic Head in the UK http://www.plastichead.com/item.asp?ex=fitem&target=CZAR040 or go directly via our Czar Shop , http://czarshop.com/czar-of-revelations/42-khaldera-alteration.html or if you decide that your wallet is empty like ours just stream this epic piece via Soundcloud:
http://www.khaldera.com
https://www.facebook.com/Khaldera/ 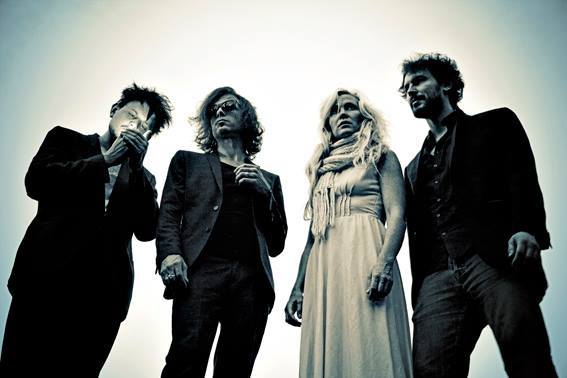 «It was so beautiful …» sings a deep female voice accompanied by hypnotic sounds, mystic blues and cinematic soundscapes. It’s a sound that makes your blood run cold while simultaneously sending comforting shivers down your spine. Just as if Nick Cave became one with his female duet partners from «Murder Ballads» – a kind of symbioses of man and woman reciting songs about the dark sides of the human soul and the lightness of being. A melancolic soundtrack, in the manner of Enrico Morricone, a soundtrack to an inner movie about raptures, scars and blank spaces, about fading, remembrance and longing unfolds before our ears: Welcome to the universe of «Scratches» ladies and gentlemen. (Text by Steffi Klär)
We are proud to welcome Scratches in our roster. We're looking forward to release their new single by end of October and their new album "Before Beyond" in the beginning of 2017. Have a listen to their previous full-length "Fade" on bandcamp: