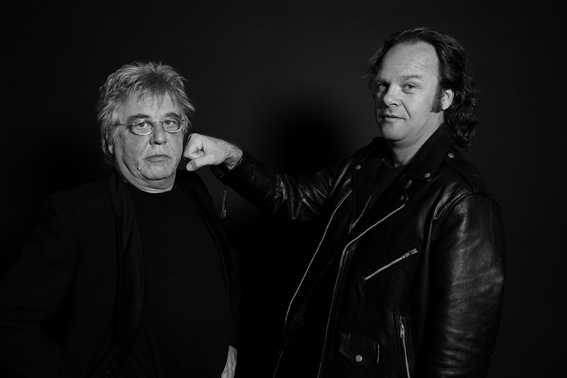 ZLANG ZLUT - a swiss Rock-Duo comprising of the unconventional line-up of Electric Cello, Drums and Vocals. Cellist Beat Schneider and Drummer/Vocalist Fran Lorkovic are a passionately rocking unit that pays honour to the history of amplified, rough and sweating rock’n’roll, but also has a progressive side with its surprising sound, line-up and openness to progressive and pop music.

Schneider and Lorkovic have known each other from the classical-music-scene since the early 1990’s where they were part of the „Ensemble Phoenix“, an ensemble specialized in contemporary classical music. After a short- lived free-rocktrio named „Rockpost“ in 2005 the two of them reform in 2010 by the name of „Zlang Zlut“ (swiss-german for „Too Long Too Loud“). After the 2011 release of the 4-song-EP „Take A Bow“ they’ve been gigging the club- circuit of Switzerland successfully. In june 2012 they start recording their first album at Foolpark Studios in Lucerne with Deezl Imhof which in late December gets mixed and mastered by swiss metal legend V.O. Pulver (Poltergeist, GURD). Soon after, they get signed by „Czar Of Crickets“ and the album gets released in 2014 worldwide via Czar Of Crickets’ new sublabel „Czar Of Revelations“ and their new distributor „Plastic Head“. This selftitled debut was highly praised in the European press.
Zlang Zlut are supporting US Stoner-Rockers „Karma To Burn“ on their European Tour in September/October 2014, followed by headliner shows through France, Belgium and Germany in 2015.

The new album “Crossbow Kicks”, recorded, mixed and mastered by V.O. Pulver at Little Creek studio is going to be released on 5th of February 2016 via Czar Of Revelations.

Biography Beat Schneider (Electric Cello, Moog Taurus Pedals):
Born in 1958 in Münsingen (Bern) he enters the Bern conservatory at the age of sixteen to get a soloist degree. As a member of the „Camerata Bern“ he tours the whole world in the years following. Apart of his classical career he is active as a bass player in the bernese 80s-Punk-Scene and is a founding member of „Caduta Massi“, a swiss cult-band to these days since it also comprised Endo Anaconda, singer of „Stiller Has“, one of the most successful and famous swiss bands ever. As a member of the „International Chaos Quintet“ he also played on the 1997 „Backstage“ European Tour of Swiss/French Pop-Star Stephan Eicher.