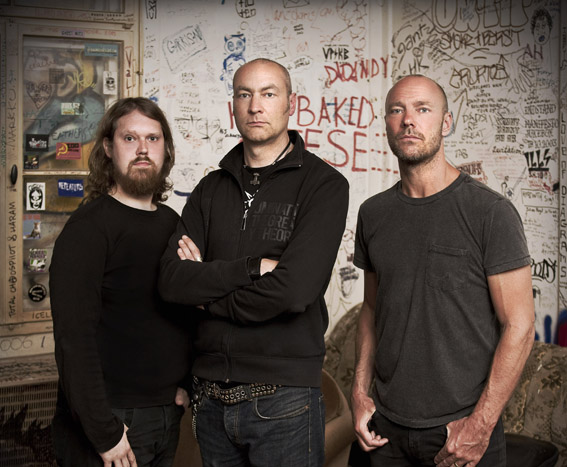 Once a stoner band, nowadays Phased play a sort of heavy and leaden, but still groovy psychedelic doom – motor doom, as their former label boss fittingly baptized it. Six years into their last studio recording, the Swiss trio now releases «Aeon». Seven monoliths of down-tuned guitars, slow beats and a subtly threatening vocal treatment, that were recorded by Chris Sigdell (voice, guitar), Marko Lehtinen (drums) and Michael Greilinger (filling in on bass) at Helium Records in Basel. The album was mixed by Richard Whittaker in London and mastered by Greg Chandler in Birmingham.

Phased have released three albums so far: «Music For Gentlemen» (2003) and the Elektrohasch classics «Medications» (2006) and «A Sort Of Spasmic Phlegm...» (2009). In 2013 Space Rock Productions released a double vinyl compilation. The band has played several European festivals of high renown, such as Stoned From The Underground, Up In Smoke or Doom Shall Rise – and with bands like Mastodon, High On Fire, Orange Goblin, Spirit Caravan and many more.