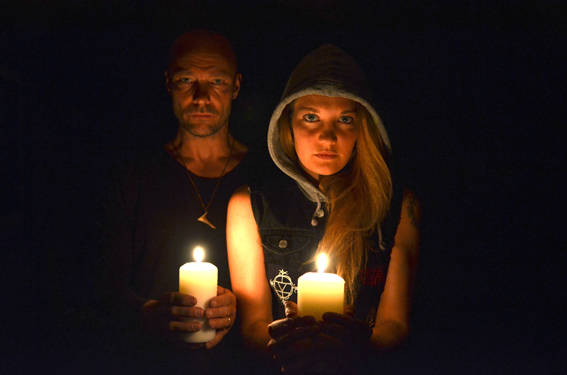 Ashtar is a duo from Basel, Switzerland, formed in 2012 by the drummer of Phased and the ex-bassist/vocalist from shEver. They create a haunting, magic blend of Black Metal, Sludge and Doom – an intuitive, intense hybrid of down-tuned archaic riffing, heavy bass and desperately sick vocals with layered, eerie-saturnine melodies, telling about abyss and beauty, melancholy and chaos.

Ashtar's debut album «Ilmasaari» was recorded between December 2013 and April 2014 at OSA Crypt in Greifensee, Switzerland. It has been mixed and mastered by Greg Chandler (Esoteric, Lychgate) at Priory Recording Studios in Birmingham, UK. Czar Of Bullets is proud to release «Ilmasaari» in June 2015. Along with this CD release there will be a limited tape edition via the French label Antiq. The vinyl version is going to see the light of day in early autumn through Throne Records.