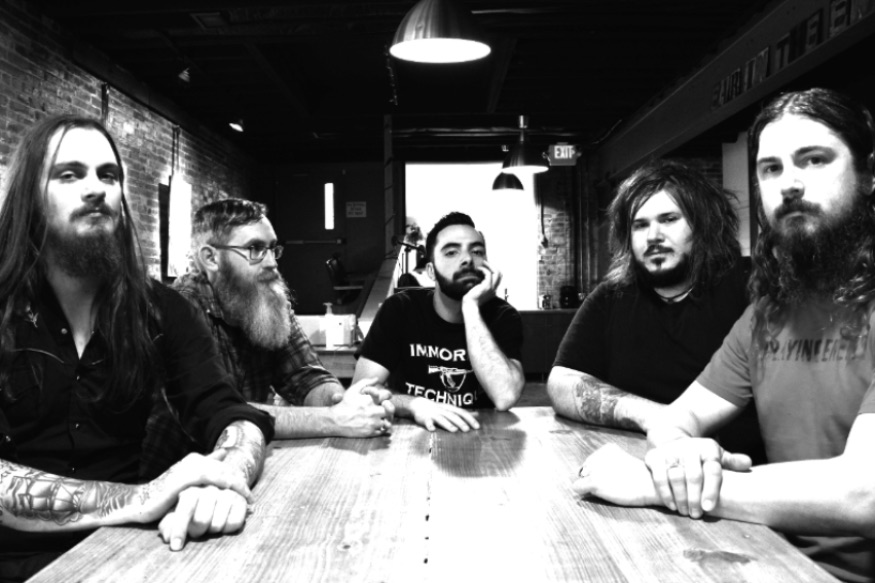 For more than fifteen years, Minsk have been cultivating their unique brand of sonic exploration. The approach is simultaneously eclectic, psychedelic, and heavy. Their creations take the listener on journeys to the depths of despair and to the pinnacles of triumph, through themes of suffering and survival, the exploration of consciousness, and esoteric motifs.

Minsk released its fourth LP, The Crash & The Draw, in 2015 on Relapse Records to widespread critical acclaim, with publications such as Decibel, Kerrang!, Stereogum, and MetalSucks all lauding it as the group's finest work yet. Since the release, Minsk has been touring the US and Europe in support of the record alongside the likes of Cult of Luna, Sub Rosa, Floor, Bloodiest, and Kowloon Walled City, with festival appearances at Psycho Las Vegas (NV), Roadburn (NL), Doom Over Leipzig (DE), Desertfest (UK), Amplifest (PT), Midnite Communion (CA), Scorched Tundra (IL), and Mutants of the Monster (AK).

Critics consistently refer to the group as one of the early bands to help popularize a sound that would eventually come to be called "post-metal," while also noting their unique character which is replete with massive percussion, progressive song structures, and layered vocals that swing broadly from the melodic to the brutal. Frequent comparisons to genre-creators and notable influences, Neurosis, are not without merit; However, most agree that no one really sounds like Minsk. The Obelisk calls them "an entity unto themselves, comparable only to themselves."

Founded in 2002 in the unassuming locale of Peoria, Illinois, the band first garnered attention with its debut LP, Out of a Center Which is Neither Dead nor Alive, released on At A Loss Recordings in 2005. The release and subsequent touring piqued the interest of Relapse Records, who picked up the band and released the next three records, beginning with their sophomore effort, The Ritual Fires of Abandonment, in 2007, and With Echoes in the Movement of Stone in 2009. In 2010, Minsk contributed three Hawkwind covers for Neurot Recordings' Hawkwind Triad tribute release, a split that also featured Steve Von Till's Harvestman and US Christmas.

Throughout this early period, the band toured the US and Europe consistently, sharing tours with Baroness, Wolves in the Throne Room, Rwake, Trouble, Unearthly Trance, A Storm of Light, Zoroaster, Coliseum, and others, as well as festival appearances at Roadburn (NL), Damnation Fest (UK), Asymmetry Fest (PL), and multiple appearances at Emissions from the Monolith (OH), and South by Southwest (TX).