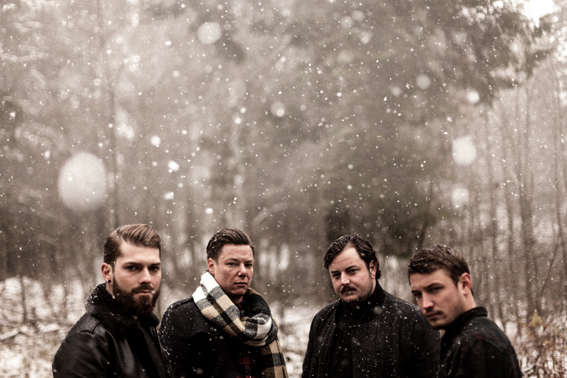 When the four members of Oregon Trail first met in 2012, they were complete strangers to each other. What could have been just another student rock band quickly became a safe space for musical experimentation and aesthetical exchange. A rich, balanced ecosystem where everything could be expressed and dealt with through music. After releasing a first album in 2015, the band moved to Le Locle, a rural and gloomy place in the swiss mountains. There, the band worked hard on creating a unique sound inspired by the depressive and uncanny, yet harrowing landscape surrounding them.
bandcamp
facebook
Releases:
2015 - Century
2018 - TBA