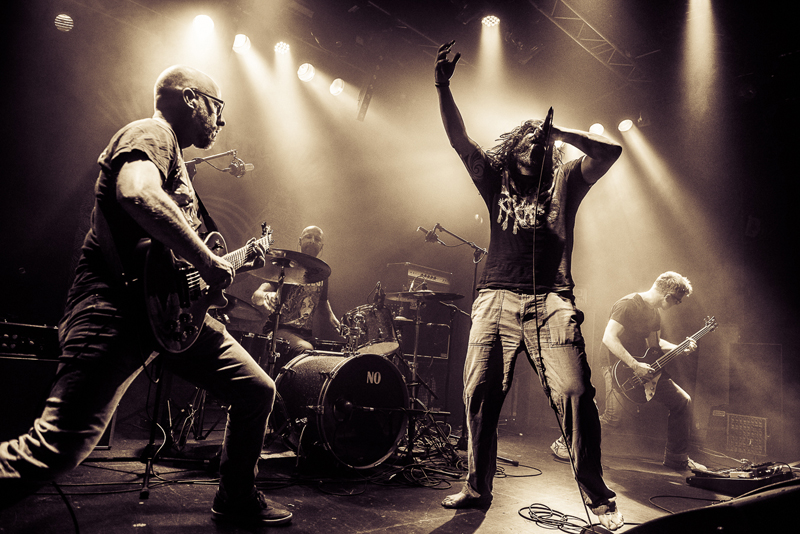 Palmer persistently forging their sound towards perfection for the last 16 years. This Swiss quartett is no typical four-four time metalcombo straight off the rack. Palmer’s sound oszillates somewhere between post-metal and prog-rock with spherical timbres. This band works intuitively and without restraints and their creations reflect an energy of immediate presence.

The new album ‘Surrounding The Void’ contains 9 songs that boast originality. Inspired by different niches from the world of extreme metal, prog-rock, jazz and ambient sounds, Palmer have always followed their own distinct path, continually looking towards the future and pursueing their own individual Soundscape.

‘Surrounding The Void’ reflects Palmer’s typical aspects such as tension, relief and extreme dynamics. These core aspects are immenent on the new album and seem even more mature and distinct.
‘Surrounding The Void’ is due for world wide release at the beginning of 2017 through Czar of Bullets. After an intensiv creative phase behind the scene, Palmer will play concerts as of the beginning of 2017.